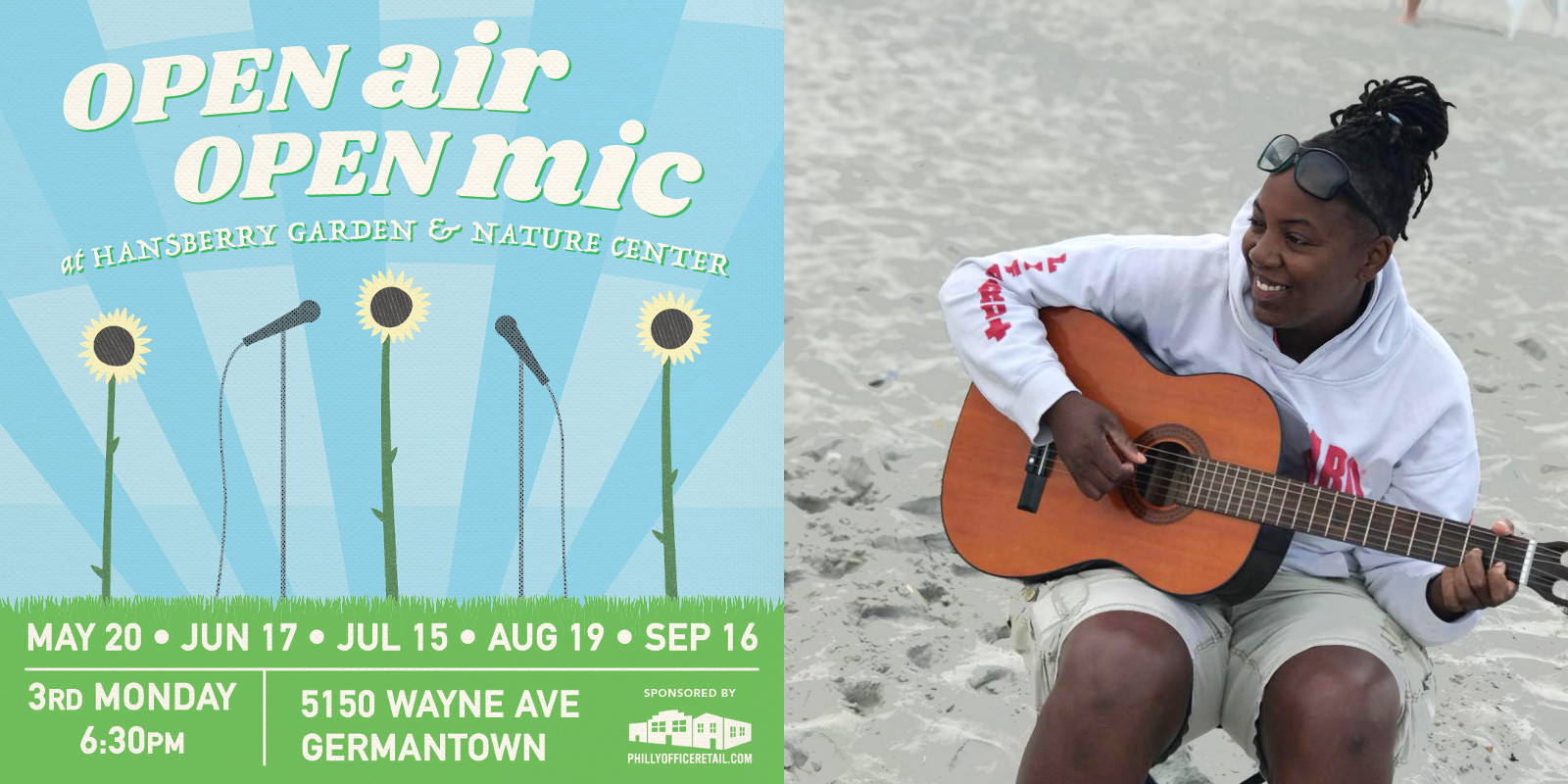 Danie Ocean, who has shared her “Nu-Soul” sound with audiences at top Philly venues as well as crowds in Atlanta, New York City, New Orleans, Austin, and Montreal, will host Hansberry Garden & Nature Center’s Open Air Open Mic event on Monday, June 17, at 6:30 p.m. (musicians who wish to participate in the open mic may arrive at 6 p.m. to sign up). Danie will perform a short set before welcoming other artists to the stage as the host of an open mic.

Ocean’s sound has been characterized as “a funky fusion of classic R&B overtones and catchy pop dynamics,” but her palette is broad, drawing on genres ranging from country to hip-hop. In addition to singing, writing songs and playing multiple instruments, Ocean also works as a music producer. She was the co-founder of Working While Playing, a Germantown-based music co-op that offered local musicians access to studio space and recording equipment and expertise for an affordable monthly fee and a commitment to community-service work. She herself has a deep background in community service, including a year as an Americorps volunteer and years of service as a social worker.

As a community builder with a history of encouraging musicians to follow their dreams, Danie Ocean strikes us as an ideal host for Open Air Open Mic at Hansberry Garden. If you can’t wait until June 17 to hear her perform, check out these samples of her latest album, Love Won’t Let Me Fail, at Winding Way Records, or the brief solo performance captured by The Philadelphia Inquirer in the video below. For a bit more info, read this Inquirer story about her.