The Hansberry Garden and Nature Center (HGNC) is a community garden and resource for environmental education in the heart of Philadelphia’s Southwest Germantown, located on the corner of Wayne Avenue and Hansberry Street at 5150 Wayne Avenue.

We are a 501(c)(3) non-profit organization invested in our community through organic gardening, the City Harvest Program of the Pennsylvania Horticultural Society, and educational programs for children and adults. Members are residents of Southwest Germantown.

The history of HGNC began in 1981 with a demonstration garden at 5150 Wayne Avenue funded by a federal grant from the Neighbors Community Program.

In the 1990s the City of Philadelphia razed the house at 5148 Wayne Avenue, making the garden at 5150 impossible to use. Former garden members and neighbors joined in 2001 to develop a vision of a community garden and nature center that would serve the Germantown community. In 2002, the Hansberry Garden & Nature Center Steering Committee was formed and began clearing the land, organizing, and fundraising.

Later that year, Philadelphia Green put up a fence, and raised beds were built with funds from Community Gardens Project. The Hansberry Garden & Nature Center, Inc., became designated a 501(c)(3) organization under federal law in July of 2004. In 2008, 5148 Wayne Avenue was purchased by HGNC, and the city recently turned over the deed to 5148.

The Hansberry Garden and Nature Center will be an educational community resource center for environmental education in the Wayne/Hansberry region of Germantown. The mission of the nature center is to:

*Adopted at the January 16, 2002 Board of Directors meeting. 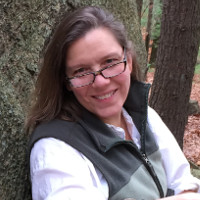 Claudia Ginanni has lived in Southwest Germantown since 2004, joined Hansberry Garden and Nature Center in 2013, and has learned a great deal about raised-bed gardening from fellow gardeners. A freelance web designer, writer, and editor, she designed and maintains the garden’s website and, along with co-chair Camille Poinvil, oversees its communications efforts. She’s an avid cook who loves heirloom vegetables — especially those Black Krim tomatoes! — and experimenting with various kinds of home fermentation. 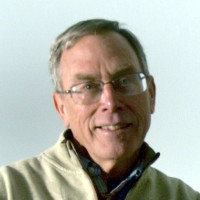 Dennis Barnebey is a 40-year resident of southwest Germantown. After 32 years at the Philadelphia School District, Dennis spent seven years working for the child-advocacy organization Public Citizens for Children and Youth (PCCY), focusing on education issues. In 2010, Dennis became an active member of HGNC and is currently chairing the Kelly Green initiative. 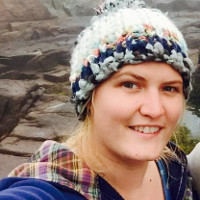 Hillary Van Anda moved to Germantown in 2016 and joined HGNC in 2018 looking to meet members of the community, learn from more experienced gardeners and to have a sunnier space to grow. Outside of gardening season, besides planning her summer crops, she cooks, bakes and sews. She is currently in her 8th year of teaching math and science in the Philadelphia School District. She’s excited to head the city harvest team and believes passionately in bringing fresh, organic vegetables to local food pantries. 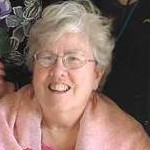 In 1976, Terry Trudeau was a founding member of a credit union that provided much-needed services in Southwest Germantown, an underserved area. She retired in 2016 from her position as human-resources director at Philadelphia FIGHT, which provides comprehensive primary care as well as research, consumer education, advocacy, social services and outreach to people living with HIV and those who are at high risk; she joined the board of FIGHT in 2018. Terry has decades of involvement in community organization in Germantown. She serves on the Peace and Justice Committee of St. Vincent dePaul Church and has chaired its capital campaign since 2015, and she serves on the steering committee of the Kelly Green Project. 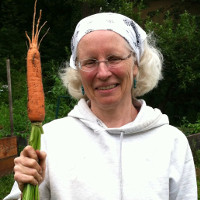 Janet, who takes on a new role as Membership Chair for gardening season 2019, came to Hansberry to have a sunny plot to grow her tomatoes — and that’s still what occupies her imagination over the months when it is too cold to garden. She is one of Hansberry’s more experienced gardeners, has worked for years with the City Harvest program, and often encourages new and developing gardeners with formal and informal mentoring. Ask her about those Walls o’ Water to extend the tomato growing season! 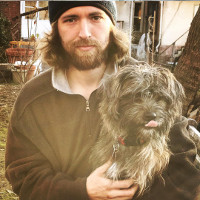 Kirk Raper moved to Germantown in 2016 and joined Hansberry Garden in the spring of 2018. He works as an environmental scientist, currently researching water quality and sediment dynamics in tidal wetlands threatened by accelerated sea level rise. As a general enthusiast for nature, ecology, and sustainable living, he is grateful to be part of Hanberry Garden’s likeminded community and the broader urban gardening culture. Kirk facilitates maintenance and landscaping efforts on the property. He believes that keeping a clean, organized, and well-maintained garden translates to an inviting atmosphere for all users. 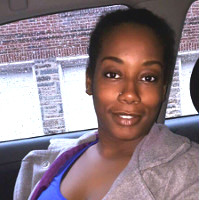 Meet Camille Poinvil, our fundraising chair. Camille is a former union organizer, and a mother of one. She has been growing food indoors and out for the past decade. She has spent the last year fundraising and fighting against economic injustice. She is also educated on plants that are indigenous to this part of the country and has taken courses on proper nutrition and its importance. This year, she is looking forward to helping with the Kelly Green Project and raising much-needed funds for both nonprofits. This is her fourth year with the garden and she has lived in Germantown for 5 years now. 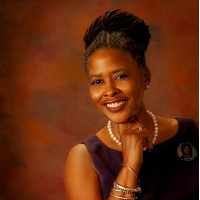 Shelah Harper is a lifetime resident of Germantown with a long record of activism and service to the community. As the chair of the Citizens Board for the City of Philadelphia Department of Public Health Center #9 Mattie L. Humphrey Clinic, she successfully fought for updates to diagnostic equipment and resources to combat infant mortality; she worked closely with former State Rep. David P. Richardson to improve conditions in Northwest Philadelphia. A personal tragedy led her to create the Asia Adams Save OUR Children Foundation, which provides education around teen dating violence, as well as information about yoga, health and nutrition, and vegetarian cooking. Shelah also serves on the House Committee of Germantown’s Grumblethorpe Historic House.

Kathy Miller, Board Member and Co-chair of Land Use Master Plan Committee 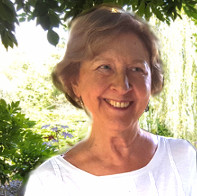 Kathy Miller was a board member for the first 10 years of HGNC, six as secretary and three as president. For several years she has served as co-chair of the Land Use Master Plan Committee, which was commissioned to redesign our garden space to be more useful and beautiful. She is rejoining the Board in gratitude for the wonderful camaraderie, delicious food, and community activism that HGNC inspires. Kathy is a psychologist in private practice, enjoys trying new recipes for healthy food and outrageous desserts, and has been a member of the Philadelphia Women’s Health Collective for 45 years.

Marilynn Cutts, Board Member at Large 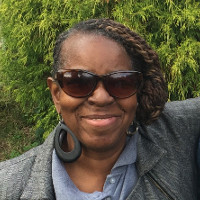