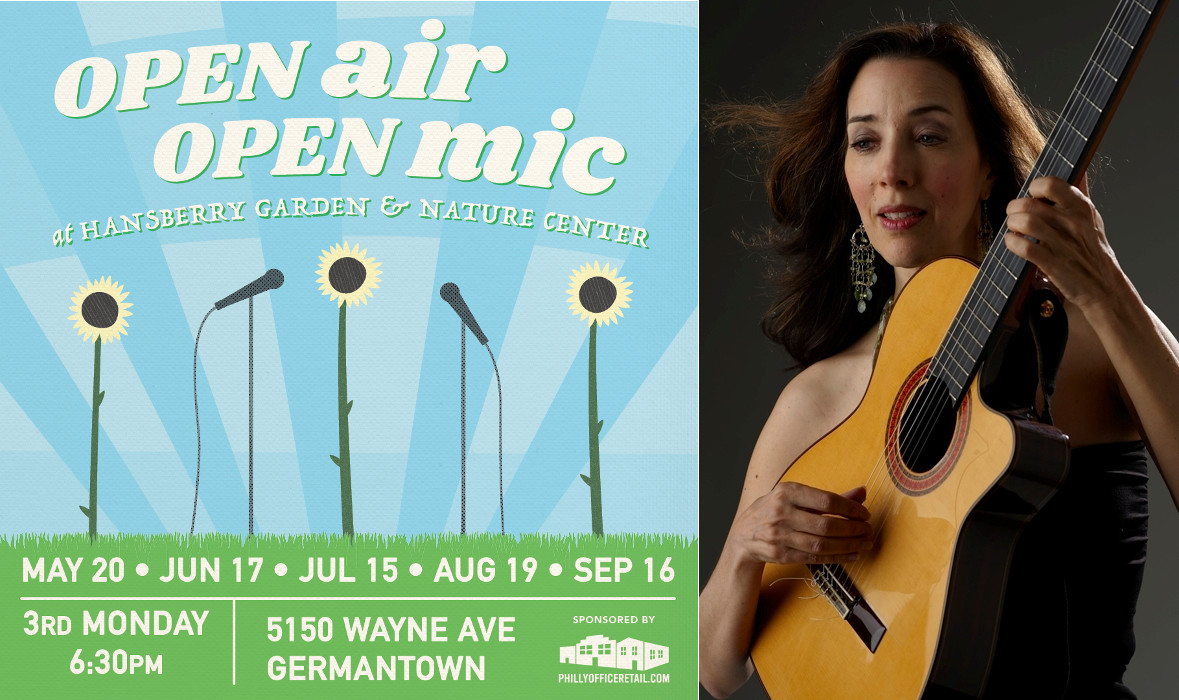 Guitarist-vocalist Phyllis Chapell, a local recording artist with a worldwide following and a cosmopolitan approach, will host Hansberry Garden’s Open Air Open Mic event on Monday, July 17, at 6:30 p.m. Chapell will perform a short set before welcoming other artists to the stage as the host of an open mic.

Phyllis Chapell has spent her life developing a universal musical style, singing “world songs.” She performs a unique mix of jazz, originals, folk, pop and international music, including songs in up to 13 languages from the U.S., Latin America, Europe, Africa, and the Middle East.

As a solo artist and with her internationally known world jazz ensemble, Phyllis Chapell & SIORA, Chapell has released multiple CDs and has performed in concert throughout the U.S., Latin America, and Europe. She also performs with many other musicians/ensembles throughout the Mid-Atlantic region.

Phyllis Chapell has been named as one of the top 500 jazz vocalists of all time by Scott Yanow (Down Beat, Jazz Times and AllMusicGuide). She has also won song competitions for her original music; and was chosen to be one of Indie- Music’s Top 25.

You can listen to samples of her music or view several of the multiple videos she has produces at www.phyllischapell.com ― or start with this one!